Lunchtime Time Machine: "Why did medieval monks draw so many obscene cartoons?"

More of My Graduate Students 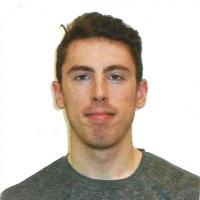